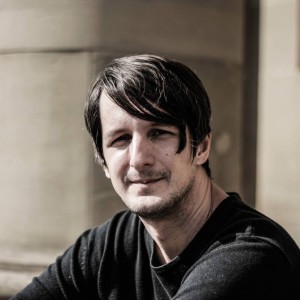 This year is special to you – Affin label, that you have launched, marks the 10th anniversary. Tell us what, in your opinion, were the main benchmarks of the label’s development during this period, how did it evolve, and what are the plans for the future?
– In the beginning there wasn’t a masterplan about all, it was all meant to be a platform for friends and talents… With the Affin 100 (and a distribution deal for vinyl after) things got more serious. In the following years the label got more focused on techno “only” and after some time I started to decrease the amount of artists releasing on the label to give it more definition and “a face”. So in short words, the label is always evolving since its begining. For the future i’ll stick to my principles and go on…

With your present experience, what mistakes would you consider revising 10 years ago when building your own label? What would you recommend for those who just get starting this path?
– I think mistakes have to be made to learn from it and to improve and develop. For a new label I would recommend to develop a circle of people co-operating for a long time. Following a vision and being authentic.

You devoted yourself to music entirely, working under your own name, Joachim Spieth, at what point did you decide that it is your way?  Did you consider other career options?
– There was not really a decision for it. It developed over the time. I always was into music (even years before i started doing my own music). About other career options: I studied and graduated, but already then I was much more into the music than a job that I could do after.

Listening to your music from the beginning, we can follow the chronology of your tastes changes. How and why did these changes appear?
– I think it’s a logical evolution to make decisions in life and adjust decisions also after some time. Nobody wants to get stuck, not with your daily life, state of mind etc. and also not with the music you do. So for me it’s normal to change. 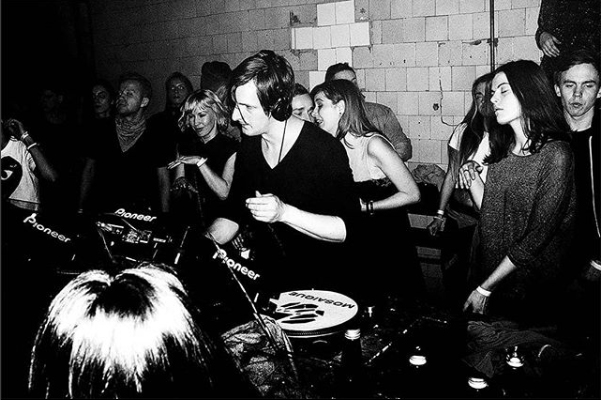 You previously mentioned that at the early stages you were greatly influenced, in musical aspects, by Aphex Twin, Plastikman, Basic Channel, Wolfgang Voigt,  but can you also name artists (that are not on your label) that inspire you at the moment, and also labels, which are spiritually close to you now?
– Nowadays it’s not so easy to name Artists or labels… I’m just less “fan” than in the past. I observe a bit more critical what others are doing. So I like a track from an EP, or 1 release of a label. But with all the music coming out I got more picky in the last years. Some Artists I like are Acronym, Edit Select, Dino Sabatini, Donato Dozzy, Murcof, for example. Inspiring labels for me are CHPTR, Under Molnet, Spazio Disponible…

Your Irradiance album was released at the end of last year. What does it mean to you, what time frame of your creativity does it cover, what ideas and emotions are behind it?
– It took me a long time to start working on an album. After some experience I felt that “now” was the time…  And from that point it was flowing. It took me some months to finish it, but I did not really care about others opinions or what some people maybe would expect and like to listen to. It’s an authentic document of the sound that moved me. Some remarked that it’s a great combination of parts of my musical past that was translated into the present. So the album integrates several stages of my work in a cohesive way.

The question about techno environment in Germany. It is clear that it is very advanced, but I would also like to hear your assessment of changes over the past 10 years in your country, what has changed for the better, what for worse, in your opinion?
– Almost impossible to mention all. My opinion is that the techno scene has separated into several niches and these niches are independent. To observe is almost impossible. About production and distribution of music it’s easier to appear on the market than 10 years ago, but to get “heard” it’s more difficult. Technically there were innovations (DAWs) so you can have a high quality soundwise without investing too much money. But as everybody can do it, the market is flooded. There’s a massive change in nightlife regarding festivals vs clubs. Seems there’s an endless stream of festivals, starting early in the year and continuing until September. In fact, for clubs it’s critical.  So these examples show some changes, but it’s not easy to tell if that’s good or bad.

Do you have any favorite clubs in Germany, except for Berlin, which are personally most important to you at the moment (or in general), that you would recommend to pay attention first?
– Besides from Berlin venues there are several spots in Germany that I like. Some examples are Geheimclub in Magdeburg, Enter The Void in Hannover, Mauerpfeiffer in Saarbrücken or Bang! in Oberhausen. But for sure, there are countless more… these are just a few where I got linked to…

Talking about global trends. Performing in remote countries, such as Australia, China, South Africa etc, can you say that modern trends in techno music have already become a global phenomenon? To what extent techno audience from the clubs outside of Europe is ready to accept the sound that you and Affin label stand for??

– I think that this music is a global movement, especially now, as electronic media getting more and more information and music is spread globally so people get in touch with DJs / labels almost at the same time. I could observe some people on South Africa (for example) who were so touched by the music and told me “i never experienced something like that in my whole life”, but the majority of the crowds are based on a similar level / taste or how you want to call it.

You will come to Ukraine (Lviv in particular) for the first time. Do you know anything about our city?
– I don’t know too much yet, but that the city is multi-ethnic, located close to Poland and has very nice historical buildings (that I’ll love to visit). I’m sure you guys will show me the beauty of Lviv