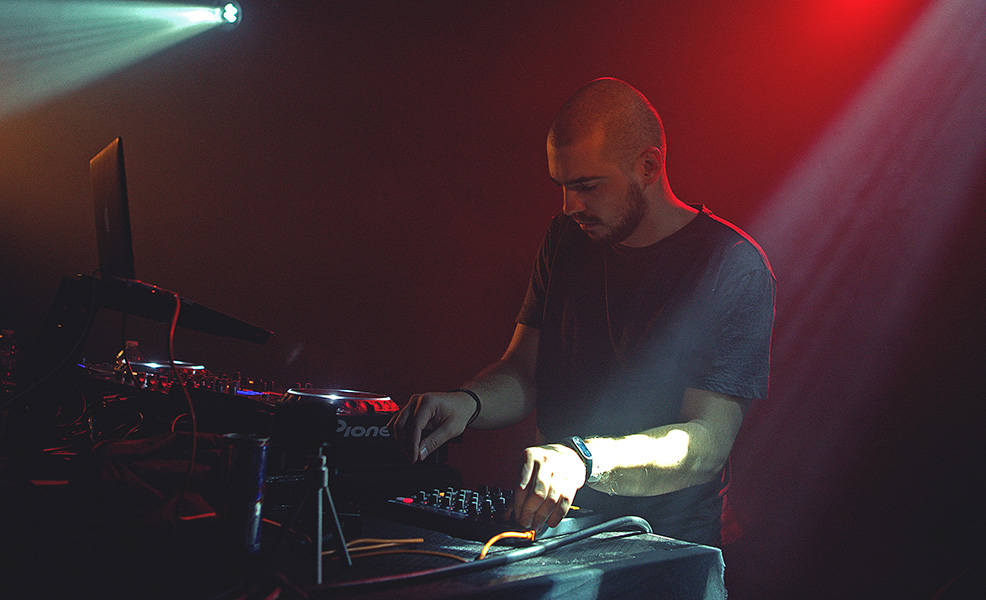 Textura (T): Although you are the Ukrainian producer, local audience is remotely familiar with what you do, as far as you perform only abroad now. Why did you decide to link yourself with music, who influenced your tastes and why techno?
Yan Cook (YC): – I decided to dedicate myself to music when I was about 16 and sent a couple of tracks to the label, they were taken for release and then this excitement appeared. And I was targeted for Europe from the very beginning. Initially, I was very influenced by Dubfire, then label CLR. In general, there is much to mention on what influenced and inspired me. Why techno? When I first heard it, I immediately realized that it was 100% mine

(T): The way you sound it seems logical that it was Germany as a starting point of your foreign performances. Do you feel yourself completely there for so many years and which of the events is most memorable to you?
YC: – In general, in Europe, I always feel like a guest, since I’m only coming for a couple of days, to feel yourself completely there you need to live longer. My first performance in Tresor, Berlin is very memorable to me.

(T): You had your debut in the US this year: New-York, San Francisko, Los Angeles – talking about the club environment, did you notice any differences with Europe?
YC: – They like techno in the US just like in Europe, maybe not at such a scale, but nevertheless. Yes, well, for example, they have parties ending much earlier than in Europe, and most Techno parties are underground (Los Angeles clubs are allowed to work until the 2 a.m., in New York there is a strict licensing system that complicates the existence of underground movements on the basis of the law since 1926 – note)

(T): What you personally feel has changed in your sound, comparing with the beginning of your career, and how do you assess world trends and changes in techno music in general?
YC: – I feel that the sound quality has changed in the right direction, the tracks have become more balanced and I hope that I’m on the right way. Techno is very broad and deep genre now with a lot of sub-genres and styles, I like it very much, it definitely won’t be boring.

(T): There have been 16 vinyl works released with your participation already (joint and exclusive ones), and this year you also launched your own label Cooked. What does it mean to you, how long have you been nurturing this idea and are there any far-sighted plans?
YC: – The idea of my own label came to me a couple of years ago, I wanted to release new tracks as soon as possible, not to wait for 6-12 months for the release, but then it wasn’t possible, and it was too early.Now I feel ready, and also have a couple of experienced friends in this business who help me with distribution and the label as a whole.Regarding the plans, I’m quite happy with the first release, meaning there will certainly be second and third ones 😊 Also planning to invite other artists.

(T): Do you manage to follow the development of techno-environment in Ukraine? What do you think of the changes at least in Kyiv?
YC: – I do not particularly follow Techno scene in Ukraine, all I can say is that I like Closer club in Kyiv, but I rarely come to be there.

(T): You play and record podcasts exclusively with your music, but could you share what techno producers and labels are most relevant to you by their sound now?
YC: – It’s difficult to highlight anyone, there are a lot of interesting artists. I love to listen to Techno podcasts. Thoroughly follow the labels I work with – Delsin, ARTS, Planet Rhythm etc.

(T): Which of your works do you appreciate most at this moment?
YC: – I appreciate all my works, trying to put my maximum in each track. Probably value more my plates on Delsin, By the way, mentioning Delsin, very soon there will be news about my new vinyl there 😉

(T): What are your hobbies, interests besides music?
YC: – I like everything that is related to Digital Art, I like to “photoshop”, play 3D editor and so on. The last few years I got really involved into film-making (cinema). I’ve got a big desire to shoot my own short film in the future, in Horror genre.

(T): Have you been to Lviv already?
YC: – No, I will be there for the first time, I wished to visit it for a long time 😊