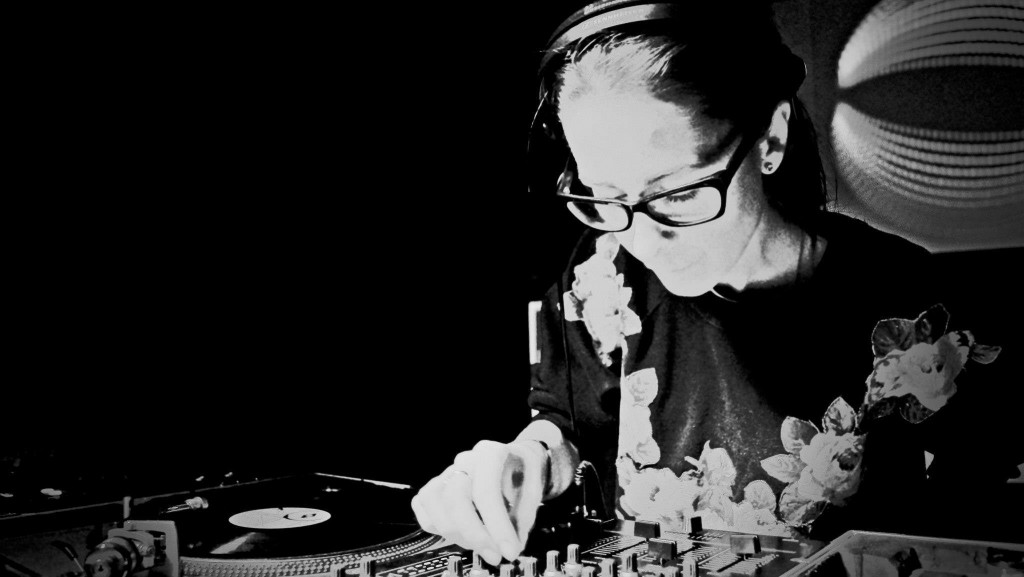 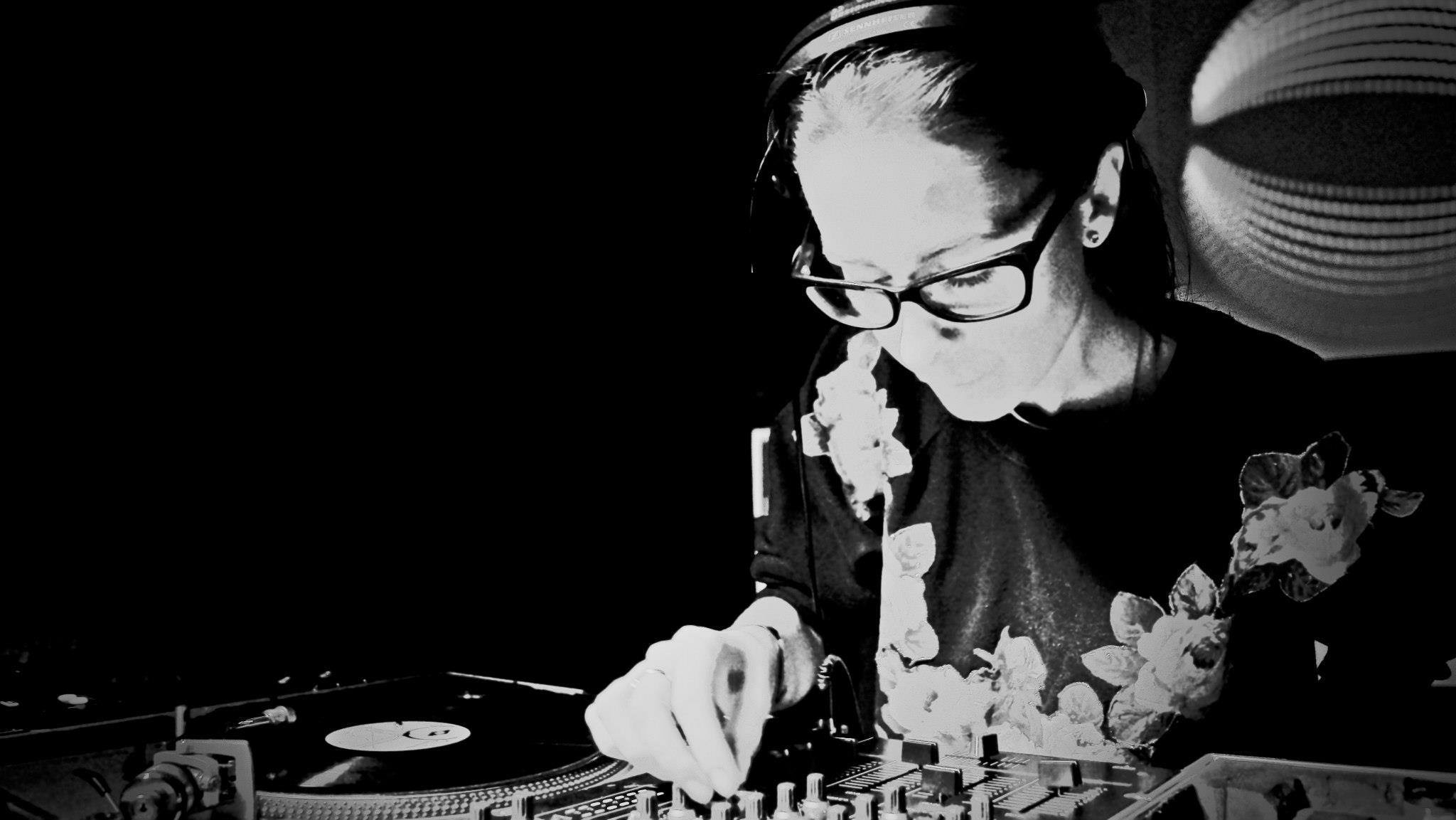 You’ ve been on the club scene for quite a long time now, how do you assess changes in techno music over the last 10 years? Are you satisfied on how this style developes and did your taste evolve much in techno?
– For the last 10-15 years techno has faced changes that any kind of contemporary art since the 80s has experienced. It’s called business. Serious folks came to underground cellars and began investing and pumping out money, in better case being aware of what they do and very often it’s different… Alot of fake emerged and everything started to be called techno. Ambitions to collect a large dance floor, become famous and fly on private jet won the pursuit over development and unique sound. With the development and simplification of technology anyone can make techno, but it didn’t start to sound better than in the 90th… Now it’s important if the artist is trendy, cute, whether he doesn’t say too much to “important people” and then maybe he could get to the right agency and then it does not already matter whether he wrote at least one valuable track and whether was it him at all. Of course, there are positive trends and techno underground lives on, pitty that it’s rarely in the original sources. Nice to watch the new powerful wave in Russia and Ukraine.
I would not say that my taste has greatly changed over the last 10 years, but rather uniquely developed by studying the history of electronic music, as far as not knowing where we come from, it is impossible to assess where we are now… For me it was always important just quality of the track and not his stylistic side. I started playing classical techno then was fascinated by Detroit and raw sound in all its forms, and then hit the so called “dub club”, and now all my sound, regardless of style, can be called dub.

What are the fundamentals of your music passion, how was your taste formed? It seems you’ve also got musical education?
– Yes, it’s true. I graduated as a professional piano player but once I got my diploma I stopped, cause being a 16 years old teenager, I thought that piano is not letting me live and hang out with my friends. Playing on that level means practicing 4-5 hours per day, even more when you are getting ready for some competition, and I had attended many of them. The classical harmony like Bach, Gaiden, Grieg, were my fundamentals from the childhood, they were not letting me play even Jazz (my second fundamental) however I wanted it. That’s why it took time for me to start enjoying electronic music it seemed to primitive for me, so that time I was buying cassettes with trip-hop and acid-jazz like DJ Cam, Massive Attack, Tricky, Dj Shadow  and then somehow I discovered Aphex Twin and everything began. 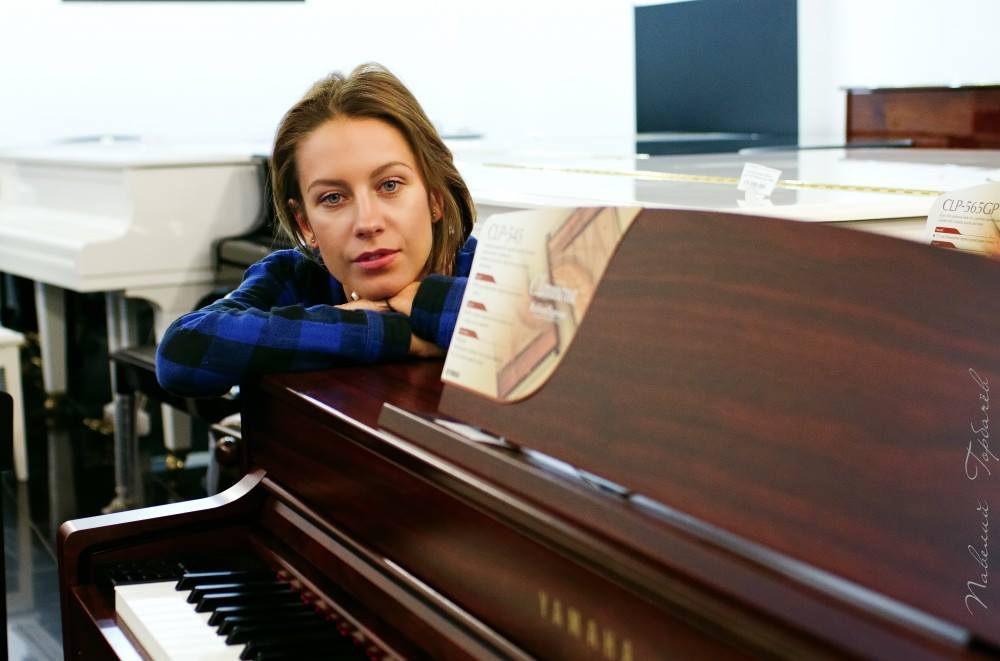 You spend much time in different countries, leading a travelling style of life. How did it happen that you got to India and stayed there for 3 years, not just performing – also became a co-founder of the CIRRUS club? Are you still in contact with them?
– I came to India for a three week travel, generally saying on vocation, with a friend who persuaded me to bring along at least 10 plates (just in case). After arrival it appeared that a DJ set on vinyls is a rare case there and very quickly I started a busy tour schedule throughout the country, and then got an offer to participate in creating a unique Goa club. The uniqueness of it was firstly that no trance music was played there, and secondly it was indoor place with excellent hand-made system from Switzerland. I worked there over the whole season as resident and promoter, but the following season decided not to burden myself with lots of hard work when you start forgetting that you live on the beach… and because of the specific business peculiarities in GOA. CIRRUS still exists and the visit to many Berlin clubs alike KaterHolzig (katerBlau now), same artists also coming to play there only with palm trees. I played there last year on the birthday of the club, but do not support any special contacts with them.

Tell about your Chile experience. How did you get there? Is that just one of geographical places list where you perform or something more?
– As a child in school we were taught – “No country more beautiful for Chile.” I got there thanks to a large number of fellow musicians from Chile, many of them you may find on Berlin scene. They offered me a job in Santiago, knowing that I can not stand winter colds, and realizing that it is difficult to develop in musical terms in India. So finally I got the opportunity to spend winter evenings not on Goa beaches, having not much to care about, and expand my musical horizons, to live in this wonderful country and visit neighboring ones. For 9 months in Chile I played almost in all local techno clubs and must say that I had such a connection with the audience there that I didn’t experience in any other country. Santiago is sufficiently powerful city in terms of underground music and contemporary art.
You can get to an art event or psychedelic rock concert at any day of the week which are ending with techno afterparties until late morning, so I had quite enough perfomances.. 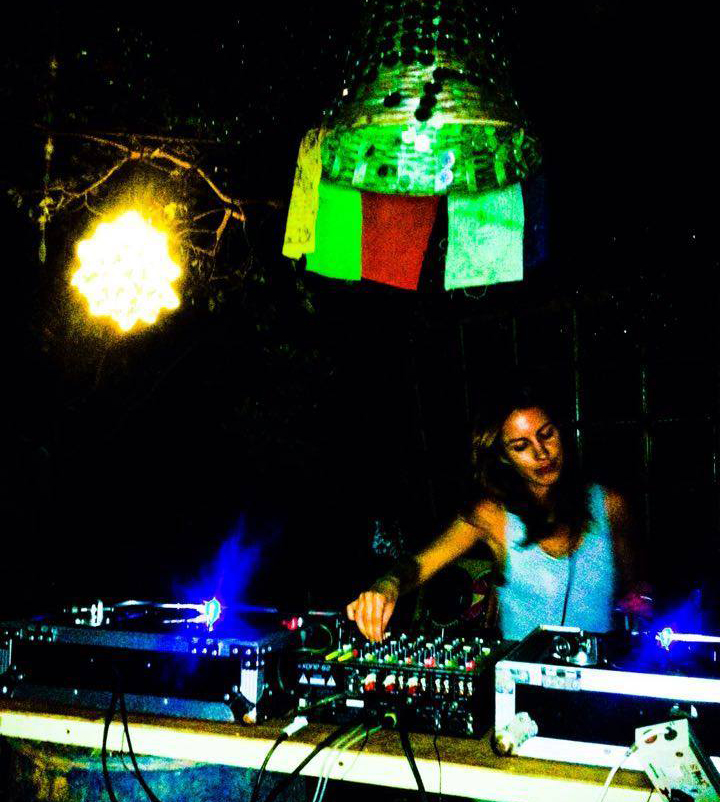 You are often lost in Berlin lately, performing at local clubs. There is more commercial part about it or did this city become close to you in spirit?
– I spend a lot of time in Berlin since 2012, and there is no commercial point here, the underground music industry is very oversaturated here and there are not so many truly quality clubs and events relating to techno. Small Leipzig far ahead in musical terms. The spirit of arts freedom in Berlin is what I really highly value besides my beloved friends and musicians live here, as well as a huge number of like-minded people, and what is important – a huge amount of vinyl shops. People here are looking very relaxed, and everything is from one point easier and from another more complicated…

About techno movements in Belarus. How popular are they and how difficult is it to organize them out there?
– In Belarusian circles, and even among promoters, there are very few people who can really distinguish techhouse of techno.  A movement of big events started last year due to the opening of large industrial art spaces (which have closed, having existed less than a year) and all activities were dominantly under the status of “Techno Rave” though there wasn’t even a hint on techno music. To organize event strictly in this genre with no combination of artists who play in more popular genres is possible only in smaller scale events, unless you’re brave enough to put up illegal open air in the woods for several days that we sometimes do in summer. Unfortunately, the current generation of clubbers isn’t very techno oriented in connection with the rise of hipster, and not only, bars with free entrance. All this naturally originates from difficult financial situation and political madness in Belarus.

Techno Project Hand-made – is that your project? What is its basic idea and plans for the future?
– Hand-made is my project that started a bit more than a year ago, the main idea of ​​which was to combine local techno DJs of three epochs, which originally gained an excellent response on the Minsk dance floor. The name meant locality and relaxed impromptu parties and only vinyl source. But I quickly withdraw from all cliches, and we were joined by great artists from Lithuania and Ukraine that do not use vinyl, Svarog among them. Regarding prospects it is difficult to say anything … this year heralds the complete economic collapse of Belarus, where I’m almost always missing, but we will continue this summer in the woods.

I know you played at the event hosted by Closer (Kyiv) on the Independence Day in 2014. What are the memories from that visit?
– It was definitely the longest set in my life … I started playing at 4 am and said I’m done in about 11 am, residents stood up to perform and played great music so within half an hour I wanted to dance … Guys, after seeing me dancing, invited me again and I played for another 3 hours … 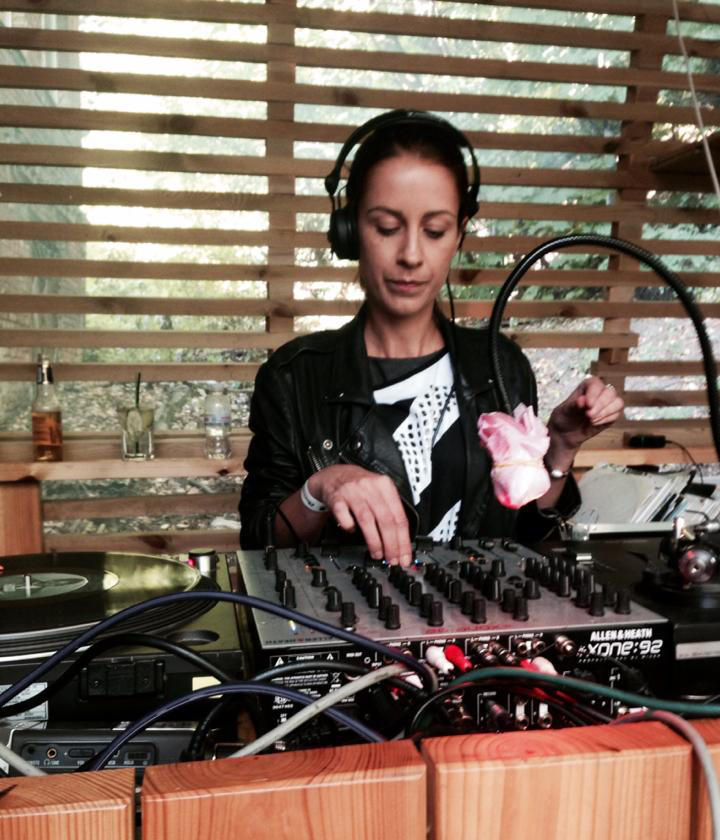 You play vinyl. How many do you have in your collection allready? Where do you store them as far as you are often on away trips?
– Ohh … that’s a hot button for me, since only last year I managed to unite my collection in one place after so many years. It’s stored in Minsk, with the exception of two bags, traveling with me. I can not tell the exact figure, but it is somewhere about 600-700 items.

What are your favourite labels and producers?
– If it comes to what to expect from my sets, then I certainly can list my top favorites, if it’s about labels and artists that shaped my musical consciousness for 10 years – it’s a long story. Speaking about the list of gurus it will look like this: Autechre, AFX (Aphex Twin), Moritz von Oswald, Underground Resistance, Robert Hood. Clearly the focus of recent years has become for me Dub in all its forms – hence are my favorites Echocord, Chain Reaction, Basic Channel with their Mseries, Echospace, Rythm and Sound, Max.Ernst, Analog Solutions, Ilian Tape, Pro-tez. Accordingly, producers: Fluxion, Model500, Maurizio, TM404, Deepchord, In Aeternam Vale, Mike Dehnert, Thomas Brinkmann, Eduardo De La Calle, Function, Abdulla Rashim, Conforce, Jamal Moulay. Speaking of classic techno, I can accent on Modularz, Stroboscopic Artefacts, Tresor, Drumcode, Dystopian, Recognition, Nachtstrom Schallplatten, Roots United… A special place in the collection is reserved for Delsin releases and their offspring Mos Recordings. Apparent influence on my taste formation was made by Metroplex, and now Frustrated Funk, and also just an incredible Laboratory Instinct (I have it’s full collection) and Northern Electronics.

Which of your vinyls traveled with you most ?
– It’s hard to mention just one vinyl. One rule appeared with the experience not to take important plates with me, as they have the ability to disappear, even during transportation. There are some records for all occasions, so to say, that are always with me from the beginning. These are Stockholm Ltd Staffan Linzatti and a couple of In Aeternam Vale from Minimal Wave.

What are your hobbies and interests apart the music?
– My main hobby – traveling, became my lifestyle. I really like mountains. Everything reaches the upper frequencies here. I consider the option even to cast anchor in some old mountain village. I love silent movies from 50s-60s like Bergman and Fellini, surrealism like Hatarovskyy with Tarkovsky and Parajanov. I also like books on quantum physics. A friend recently invited me for drawing, that is how my first picture emerged, which of course had mountains as an object. I would gladly have such kind of hobby, driving a brush on canvas gives a very meditative feeling. But carrying canvas and paints besides carrying plates would be too much for me.